After Jim’s deal to create a live show at Lincoln Center featuring an array of specially designed puppets fell through, he continued to pitch his idea. He had developed a script with Marshall Brickman called The Muppets Get It Together and a related script for a companion television special called An Evening with The Muppets, and Jim was eager to try again. While the records are thin, it is apparent from Jim’s journal that he gave this idea another chance by auditioning for the Shuberts, the renowned Broadway producers. More auditions followed in May, but as Jim did numerous guest appearances that spring and summer and prepared for the premiere of his new characters on Saturday Night Live that fall, the Broadway Show project was set aside.

Doing a live show continued to intrigue Jim, and his son Brian took up the mantle in the 2000s, launching his take on live show ideas for the Jim Henson Company. After having the Henson performers take improv classes, Brian got the idea to create an impov comedy show with puppets. First called Puppet Up! Uncensored, the show premiered at the Aspen US Comedy Festival in 2006 and was reprised at the Edinburgh Fringe Festival and the Las Vegas Comedy Festival, taping as a television special for TBS at the end of the year. The following year, Brian and his teamed performed regularly at the Avalon Hollywood and participated in the Melbourne International Comedy Festival in Australia. In 2010, a reworked version of the show with both improv and rehearsed elements premiered under the title Stuffed and Unstrung, touring and enjoying an extended run in New York. The show continues to tour and delight and surprise audiences around the country.

Another live show project brought to life by Brian Henson was the stage version of Jim’s classic television special, Emmet Otter’s Jug-band Christmas. Working in collaboration with Goodspeed Musicals, co-writers Timothy A. McDonald and Christopher Gattelli, and composer Paul Williams, Brian oversaw the creation of stage-appropriate puppets and costumes, adapting the screen version for a live audience. The show opened to great critical acclaim at the Goodspeed Opera House in East Haddam on Dec 7, 2008, and the sold out run was repeated there the following holiday season.

Learn more about Jim’s efforts to create a Broadway Show.

Learn more about and see clips from Stuffed and Unstrung. 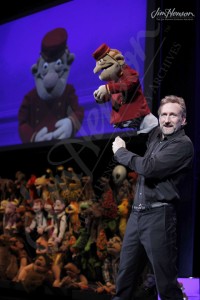 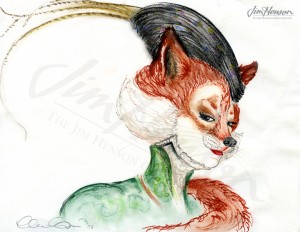