As a visual artist, Jim was naturally interested in photography. The film (and later video) camera interested him the most, creating moving, singing, dancing images, but the still camera was another creative outlet and allowed Jim to document his work. At first, he shot pictures himself, of his friends and family as well as behind the scenes at the local television station or the theater department at the University of Maryland. He soon met Del Ankers, an experienced Washington, DC photographer, and Ankers became the photographer of record for the Muppets through the late 1960s. Just about every project that Jim worked on was documented by Ankers, but Jim continued to shoot candid shots of his family at home and on vacation.

Learn about Jim’s first Polaroid camera and the commercials he made for Polaroid. 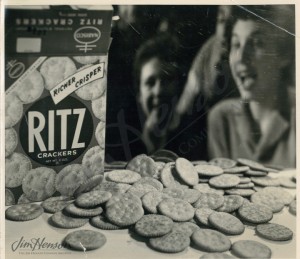 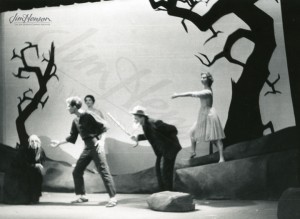 Jim’s photo of a college theater production with sets he designed, 1955. 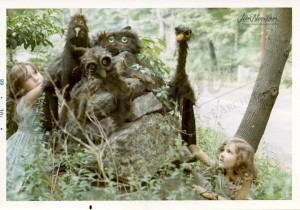 Jim’s photo of his daughters Lisa and Cheryl with some puppets outside their Connecticut home, 1968.