When Jim wrote in his journal in 1968 that Jerry Juhl left, it referred to Jerry’s move back to his native California with his wife Susan. Having come east in 1960 to work with Jim and Jane, Jerry was instrumental in helping Jim develop his characters and give them a consistent voice. In Washington, DC and then in New York starting in 1963, Jerry worked with Jim, performing at first and then focusing on scripts. Jerry’s writing for Rowlf and Kermit during those years helped Jim enrich their personalities and give them depth. Jerry also partnered on Jim’s work for IBM and other advertisers and played a supporting role in Jim’s experimental film work. They wrote exploratory scripts together for dramas like their unproduced feature film, Tale of Sand, and their surreal dramatic comedy The Cube. Their development work on The Great Santa Claus Switch went on for about six years before it was produced for television in 1970.

So, when Jerry “left” Muppets Incorporated (in the midst of changing its name to Henson Associates), it was really just the beginning of his most important work with Jim. Along with producing The Cube and Santa Claus Switch, they were about to start Sesame Street. And Jerry went on to become head writer for The Muppet Show (this meant many months over five years of living in London), writer of Muppet feature films, creator and head writer of Fraggle Rock (requiring temporary residence in Toronto), and work on numerous other projects on both sides of the Atlantic. But after 1968, home was always Northern California, and that was where Jerry returned to or dialed in from for almost forty years. 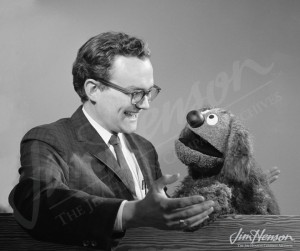 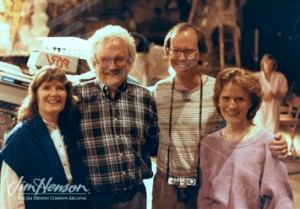