The world of Fraggle Rock was first imagined in March of 1981 during creative brainstorming meetings at the Hyde Park Hotel in London. Jim, Jocelyn Stevenson and Jerry Juhl discussed possibilities for the show and Michael Frith doodled an array of beings to populate the world. Within a couple of weeks, Jim had written a treatment he called The Woozle World, and the team began to hammer out the details of the show. By November, Jim went up to Toronto, where the series would be shot, lining up the production and business deals, and he came back to New York to cast the characters. All was in place for the December 2nd press conference. The show began taping on March 6, 1982 and premiered on HBO and the CBC in Canada in January 1983.

See Jim with Gobo discussing the announcement of Fraggle Rock.. 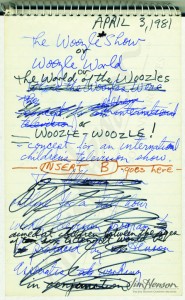 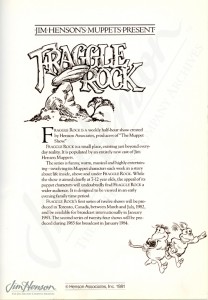 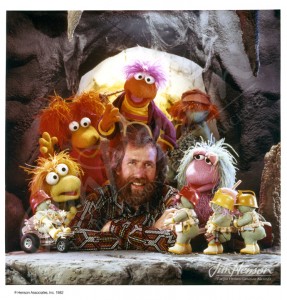 This entry was posted in 12-December '81, 1981, Fraggle Rock and tagged CBC, HBO, London, The Woozle World, Toronto. Bookmark the permalink.