Karen Prell, best known for her character Red Fraggle, has performed with the Henson Company for more than thirty years. She recently shared her memories of her first meeting with Jim Henson:

As a teenage Muppet fan I bombarded Henson Associates with fan letters and inquiries about puppet building or performing work. In December 1979, I got a call from Henson Associates in New York. The caller said Jim Henson saw a puppeteering videotape I’d sent in and wanted to audition me right away. I was numb with shock while making the arrangements. Then I hung up the phone and ran around screaming at the top of my lungs, which startled my parents. Yes, I was living the geek cliché – still in Mom and Dad’s basement. But not for much longer.

A few days later, I flew from Seattle to New York and was taken to the Henson townhouse at 117 East 69th Street, the magical address to which I’d sent so many fan letters. Most of the employees were away for the Christmas holiday, so Jim Henson answered the door himself and greeted me with a HUG. I couldn’t believe it! It was like arriving at Mount Olympus and being greeted – and hugged – by a God.

Jim showed me through the beautiful lobby, with its open spiral staircase and colorful Muppet murals, to the puppeteers’ mirrored rehearsal room. He asked me to perform some talking and acting exercises with a cowgirl Anything Muppet. I brought out my snarky cat puppet Ambrose and explained that puppet lip sync was so much more than just opening and closing the mouth, that the character’s thoughts about what they were saying and how this was communicated by their body language were equally as important. It was a very enjoyable and relaxed audition, just Jim and myself. He was quiet, encouraging and appreciative and although he must have had a lot of business obligations, he acted like he had all the time in the world. Right then and there he asked me to perform Deena, a playful new monster character on Sesame Street, starting in January 1980.

It was incredibly difficult getting up to speed as a Muppeteer. I struggled to overcome my shyness and learn how to work with video monitors and other actors while physically contorting myself. But I persevered and once Jim cast me as Red on Fraggle Rock I flourished. As promised in my introductory letter, I indeed worked with Jim Henson and the other Muppeteers for a “long time”. 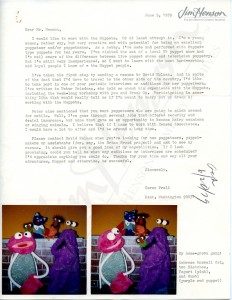 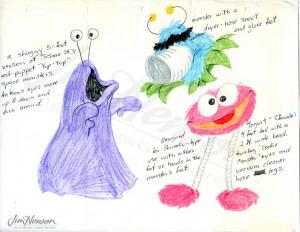 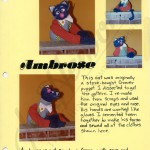