While the Muppet team were no strangers to royalty, having performed for the Queen of England at the Royal Variety Show in 1977, a royal premiere is always exciting. Launching its European release, Labyrinth screened for the royal family on December 1, 1986. The attendance of Princess Diana added glitter to the event and got the media’s attention – her picture with Ludo appeared in newspapers across the UK.

See more information about the Muppets and the Royal Family.

See footage of the Royal Premiere. 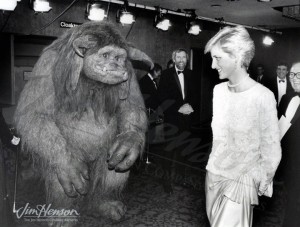 Ludo greets Princess Diana at the Labyrinth royal premiere with a delighted Jim looking on. 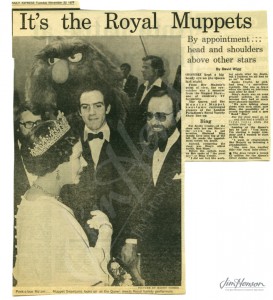