As the popularity of Sesame Street grew, the producers and writers became more ambitious, expanding their storyline possibilities. Going into the fourth season, a new character was to be introduced: Sam the Robot. SAM was an acronym for Super-Automated Machine and, as an automated machine, he was supposed to be infallible but, of course, was constantly confused and made mistakes. Virtuoso performer Jerry Nelson, having missed the first season and casting as one of the original main characters, took on Sam with relish. At the same time, he was developing his signature character, The Count von Count.

Jim enjoyed the possibility of machines with personalities and had created robot puppets of various types over the years. In the early 1960s, he created a complicated robot character that appeared at a German trade fair, a business seminar and was further developed for the 1964 World’s Fair. His machines for IBM sales films tended to be equally involved and had human personalities and faults and often met a bad end. He and Jerry Juhl wrote numerous scenarios that often involved man’s conflicting feelings toward machines and the computer age — a robot or machine that made mistakes helped underline the essential value of man’s humanity. It was funny, too, and, on Sesame Street, gave children the opportunity gain confidence from knowing that they knew more than a seemingly sophisticated machine

See Sam the Robot in action.

For an optimistic view of what machines can do for men, see Jim’s 1967 film for IBM, The Paperwork Explosion. 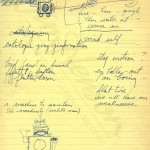 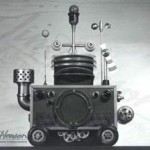 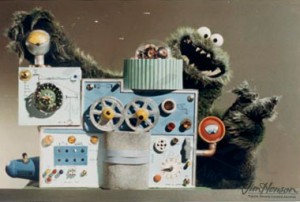 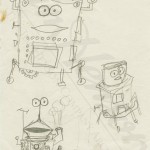 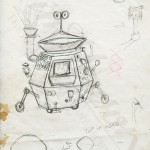 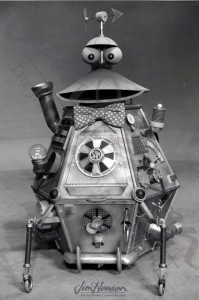