May 1988 was a typically hectic month for Jim. He headed from New York to London on the 9th, stopping in to see Dark Crystal designers Brian and Wendy Froud in their home in Chagford the following Saturday. With his creative assistant Alex Rockwell in tow, he then headed further south to the coast to watch his son Brian directing on the set of Mother Goose Stories in Plymouth. Joined by puppeteer Richard Hunt, Jim and Alex then went to Stockholm, Sweden and taped a piece with the Swedish Chef for airing on Good Morning America, most likely to promote the Swedish Chef breakfast cereal, Croonchy Stars, that appeared in grocery stores that spring. Richard would have performed the Chef’s hands while Jim performed the head and provided the voice, but Alex got called to action, too, adding some interest on the set. As she remembered, “I had to toss meatballs up in the air for the Swedish chef spot. It was a hilarious moment for me, newly Jim’s assistant and already under a table “puppeteering” meatballs.” She was learning on the job and had gotten experience earlier in the week performing a clump of swamp grass on the Mother Goose set. But the Swedish visit made an impression — she saw, “… what a rock star the Swedish Chef was there, for obvious reasons. It’s like the other Muppets didn’t exist.”

Back in the US, Jim finished the week in Detroit launching the Muppet Traffic Safety Show that he had created with Chrysler. This was an animatronic set-up featuring the Classic Muppets that appeared in shopping malls around the country. Back in New York, Jim did some production work, videotaping more Swedish Chef spots and overseeing some interactive projects. By the end of the month, he was back in Europe, attending an animation festival in Yugoslavia with his daughter Cheryl.

For more information about the Swedish Chef’s cereal, see journal entry for November 6, 1987. 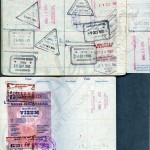 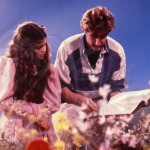 Brian Henson on the set of Mother Goose Stories, 1988. 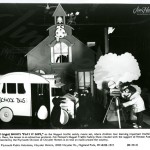