In 1968, director, producer and writer Jon Stone invited Jim to some seminars relating to the development of a revolutionary new children’s television show – Sesame Street. Along with educators, child psychologists, and television professionals, the producers of the show invited writers and artists to attend these sessions, and that is where Jim got acquainted with the children’s book author, Maurice Sendak. Known primarily at that time for his seminal work Where the Wild Things Are, Sendak’s frank assessment of the demons of childhood intrigued the creative team at Sesame Street, and he made substantial contributions to the early development of the show. Among other things, Jon Stone was particularly taken with Sendak’s insightful doodles of children interacting with television that he made during the seminars. When a promotional brochure was created in that crucial first season, it was illustrated with Sendak’s drawings.

In 1970, Jim was given the opportunity to produce a series of counting films using various animation techniques, and he decided to collaborate with Sendak on two of them. The first, teaching the number 7, featured seven monsters doing monstrous things. In a note accompanying the script, Sendak wrote, “I’d love to hear lots of monster atrocious sounds in this.” That must have appealed to Jim’s imagination. The second film, Number 9, told the story of a boy named Bumble Ardy (spelled Arty in early documents) who celebrated his 9th birthday with nine swine. Sendak wrote the scripts and drew the storyboards, and Jim coordinated all the elements, hiring the talent, editing the images and story, and working with the animation company, Fred Calvert Productions. The resulting films were charming but only aired briefly – the monsters film included cannons and the swine were drinking wine, both considered inappropriate for young audiences.

Fast forward a decade – Jim traveled to LA with his daughter Lisa, then a student at Harvard, and met with movie executive Sherry Lansing, discussing an idea for an interactive Sendak movie. The subsequent meeting with Stone and Sendak marked the start of their collaboration on “The Varied Adventures of Mischievous Miles”. According to an outline penned by Jim and Lisa, Miles was described as a small boy with a fear of fish who, “…doesn’t mean to get into trouble, but when there is an opportunity to be mischievous, almost always takes it.” His life in the real world and on an island of monsters would include lots of singing, and at five points, the story would diverge. The audience was encouraged to yell out which direction it should go, allowing for dozens of variations. It would be a different movie each time it was shown. Jon Stone was to write the script and development continued for the next two years, but the project was shelved with Sendak busy with new books and operas and Jim with his fantasy films. 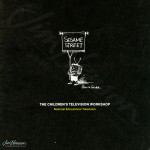 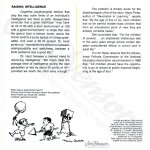 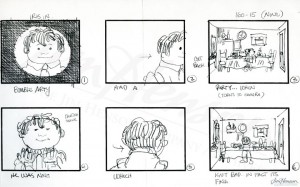 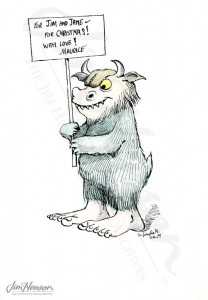